Judge Aida Salinas Flores is the first elected Judge to serve in the 398th District Court which was created in 1999. She graduated from La Joya High School at the top of her class and received her Bachelor of Arts Degree with a double major from Pan American College two and a half years later.

At 19 she began her professional career as a high school English teacher. She has been an Adult Probation Officer and a Rehabilitation Counselor.

In 1975 she enrolled at the University Of Texas School Of Law in Austin, Texas and 27 months later, in July 1977, she returned to Hidalgo County as the first lawyer to graduate from La Joya High School and the first female Assistant District Attorney in Hidalgo County.

As an Assistant District Attorney she served as the Chief Juvenile Prosecutor, Chief Felony Prosecutor in the 93rd and the 139th District Courts, trying every type of criminal case, including capital murder cases. She also tried every type of civil case: personal injury, divorce, child custody, contract and federal criminal cases.

Judge Flores is a trained mediator and has served as Alton Municipal Court Judge for two and a half years prior to assuming her duties as our District Court Judge.

Judge Flores was elected District Judge of the 398th District Court in November 2000 and was re-elected in November 2004, 2008, and in 2012. During this time Judge Flores served as the Overseer of the Hidalgo County Indigent Defense Program, a program for the implementation of the Fair Defense Act. She was selected as a member of the State Bar of Texas standing committee on Jury Service in 2003 and again in 2006. She chaired the local Hidalgo County Jury Service Committee. She was elected and served as the first female Local Administrative Presiding Judge for Hidalgo County Board of Judges in 2008. She served as Board Member of the Judicial Section, Place 7 of the State Bar of Texas. She is a member of the State Bar of Texas Pattern Jury Charges Oversight Committee.

She is committed to her family, her profession and to her community. She serves in numerous professional, educational and civic organizations. She is a member of the State Bar of Texas, has been a member of the College of the State Bar of Texas, Alumni of the Judicial College of the State of Texas, Association of District Court Judges, Women and the Law Section of the State Bar, National Association of Woman Judges, National Council of Juvenile and Family Court Judges, Court of Appeals Officer for the American Judges Association, Organization of Women Executives, Mission Chamber of Commerce, Mission Noon Lions Club, Hidalgo County Citizen’s League, Hispanic Women’s Network of Texas, University of Texas-Pan American Alumni Organization and Texas-Ex’s Organization, Hidalgo County Texas Democratic Women and Board of Directors of the Valley Zoological Society.

Education is a top priority in her life. She is a frequent speaker at schools to encourage students to stay in school. Her motto is: “Education is the key that unlocks the doors to opportunities.”

She is an avid advocate for organ donation, having donated one of her kidneys to her son, Rene A. Flores in 1994.

Judge Flores retired from the District Court bench in December of 2016, after 16 years of service to join her son Rene A. Flores at the Law Office of Rene A. Flores as “of counsel”.

Judge Flores will have been married to Rene Flores, her high school sweetheart for forty-eight (48) years this June, 2019. They are the proud parents of Ana Maria Perez and Maria Elena Torres, educators, and Rene Arnaldo Flores, a practicing attorney in Hidalgo County. They are devoted to their grandchildren: Diego Andres, Dante Luis and Daniella Maris Perez; Rene Sebastian and Roman Santiago Flores and E.J. and Renito/Lalito Torres. 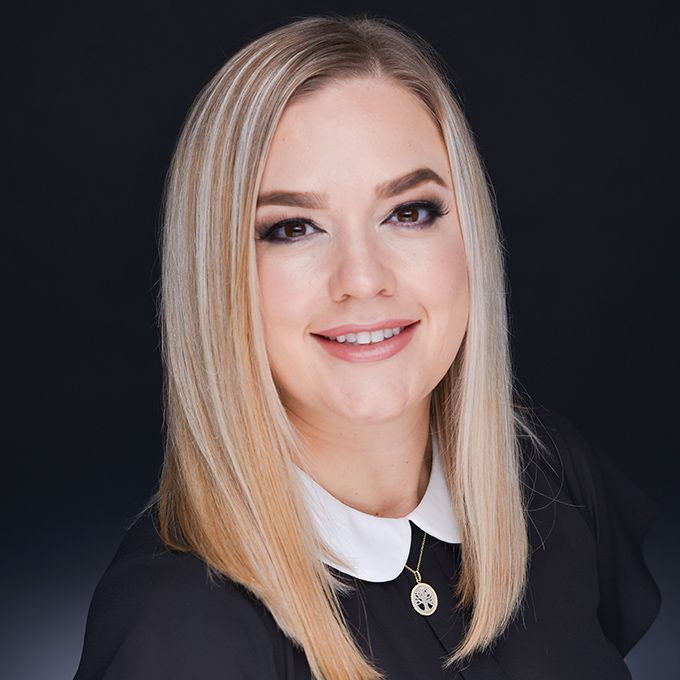 Melonie comes from a family with strong work ethics. Growing up in Wisconsin and then moving to South Texas in 2000, she brought with her a passion for helping those around her and within her community.

Melonie joined the Law Office of Rene in 2008 as a Legal Assistant. In 2017, she was named Criminal Case Manger allowing her to focus and specialize in Criminal casework. Melonie is also a licensed Texas State Notary Public.

Being part of a team lead by the top Forensic Attorney in South Texas has been one of Melonie’s biggest accomplishments. Her time employed at the Law Office of Rene Flores has helped Melonie develop an unprecedented desire to assist every client with compassion and the utmost respect no matter what their situation may bring.

Melonie's extracurricular activities include spending time her family and being the best role model for her young daughter.