Assisting Those Convicted of Drug Possession 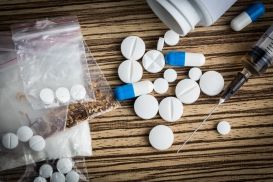 If you are found to be in possession of a controlled dangerous substances (CDS) without authorization in the state of Texas, you will likely be facing criminal possession charges. Texas is a very strict state in terms of drug violations, meaning the penalties you could have levied against you will likely be substantial and place a serious impact on the rest of your life.

If you are arrested and charged with a drug crime, including possession of a CDS, do not attempt to defend yourself against your accusers. Fight back against your prosecutors with a well-orchestrated criminal defense from The Law Office of Rene A. Flores, PLLC. Attorney Flores has served as a Municipal Judge in the city of Palmview, giving him a detailed familiarity with the laws in the state and the strategies and methods of prosecutors.

Drug crimes are usually sentenced based on several factors, including the intent of the possession, the type of drug possessed, the amount of it, and the location where the crime occurred. Each case different, making the counsel of an experienced Hidalgo County criminal defense attorney crucial to your case.

The penalty groups are arranged according to perceived danger, with Group 1 possessing those drugs with no accepted medical use and a high possibility of addiction, and group 4 being the opposite. All drugs are classified into these groups, which will then dictate whether your charge will be a misdemeanor or felony. Marijuana is charged differently from these groups, though under similar rules.